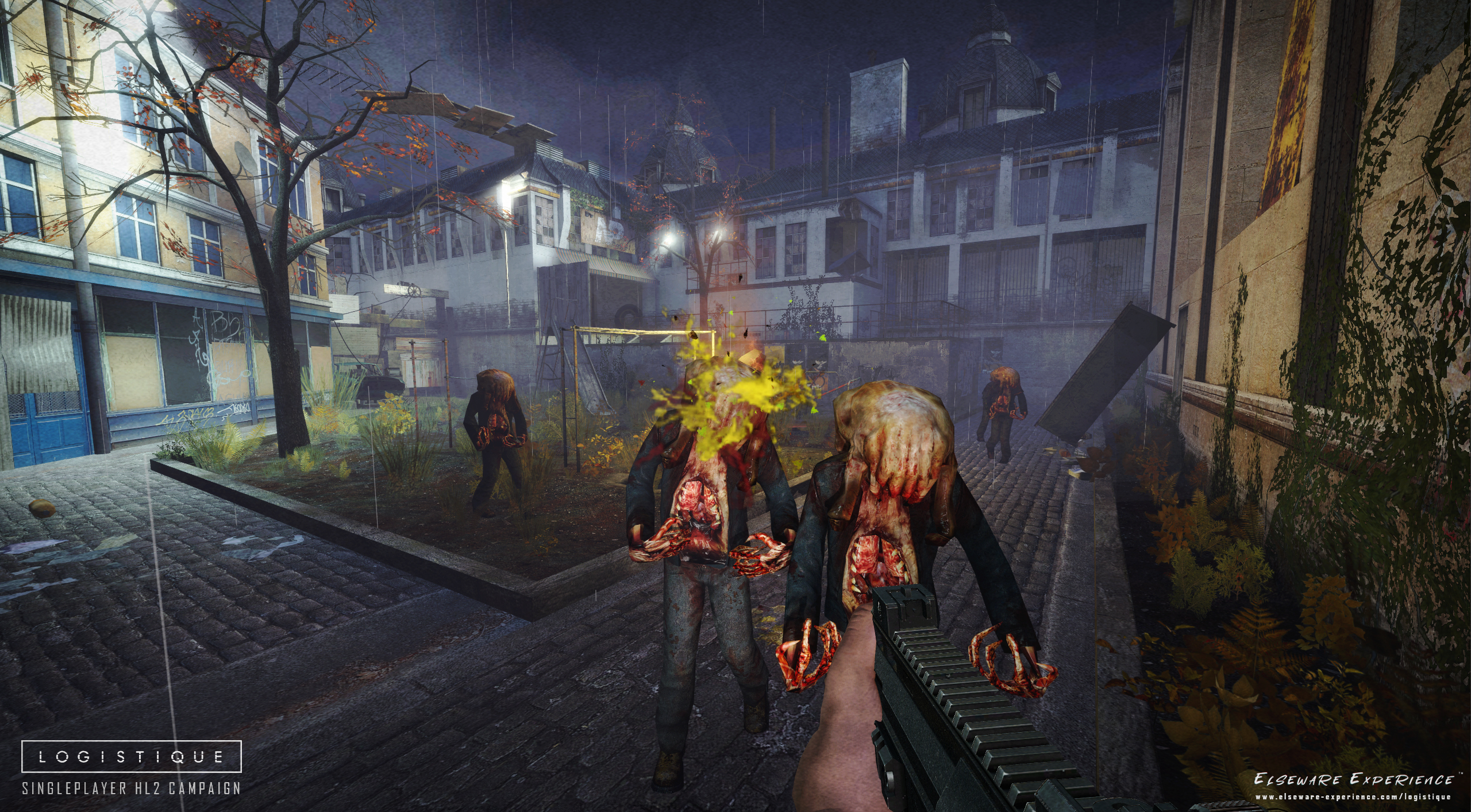 The first impression one might get of Logistique is one of a decently high-quality custom campaign for Half-Life 2. The mod’s slick presentation and post-processing effects do a good job of painting a pretty picture of an otherwise mediocre experience. On the inside, what you’ll find is a 4 decently artpassed levels with waves and waves of Combine officers and nowhere near enough bullets and bandages to take them down. It follows Adam through City 17 as he tries to rescue his pregnant wife Anna from the clutches of the Combine. He’s constantly hounded by hallucinations of his kidnapped wife, which serve to make the whole experience feel like a fever dream. Adam is voiced by an American voice actor, but the lines all seem to have been written and poorly translated from French. The grammar sometimes fails and the actor has to work around it to deliver their line. This goes for the other characters as well.

Logistique makes several random changes to Half-Life 2’s gameplay formula which seem generally ill-advised. For example, the protagonist does not have an HEV Suit, so you cannot pick up regular healthkits or armor batteries. You have to find special “human” medkits which are much fewer and far between. For some unknown reason, the sprint function is entirely disabled. The traditional ammo counter replaced with a number representing the amount of magazines you have. To get an idea of how many bullets are in your weapon, you can pull the clip out and the protagonist will make a guess as to how many are left (“About half a mag...”). This adds up to an experience which is noticeably less polished than Half-Life 2.

The mod has several tedious fetch-the-item puzzles. First fuses to open a door, then batteries to open a gate. Even Adam sounds annoyed by the third puzzle! Their inclusion definitely padded the runtime in a less than ideal way. The middle section of Logistique (inexplicably in the Citadel) is full of annoying jumping puzzles and nearly impossible combat encounters. At every turn the player is faced with a path forward which is not nearly obvious enough. Be sure to always carry a large barrel with you to hop over a fence or climb onto a ledge.

While it promises 2-4 hours of gameplay, I finished it in a little less than an hour and a half. While my initial feelings upon finishing the mod were very negative, I think it deserves some slack. From what I can gather, it was actually created almost entirely in 2009 by two young teenagers named Mael Vignaux and Benoit Dereau. It seems to have sat in hiatus until early 2019, when the two teenagers (now nearly 30) decided to give the project a proper send-off and finish the first act. To this end, the pair seems to have mostly given it fancy post-processing effects and completely new view models for Adam. While the new models are nearly professional looking (if out of place), the puzzles and combat encounters are still amateurish.

Despite its amatuerish production, I think Logistique deserves atleast one playthough. From me it gets a 6/10 for effort on the part of two teenagers over a decade ago.